Farm-To-Table: How Blockchain Tech Will Change The Way You Eat 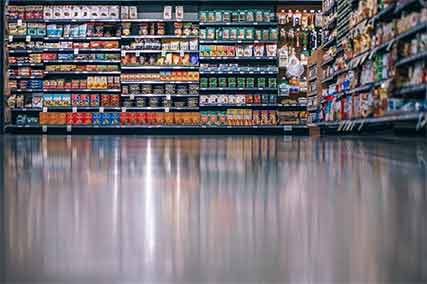 This is the third in a series on how blockchain tech is changing B2B value propositions and opening up new sales opportunities.

Forget about Bitcoin and other cryptocurrencies for a minute. The underlying technology is what I’m interested in. Blockchain is working its way into all aspects of B2B commerce, including our food chain. Here’s the why and how of this latest expression of a technology that is bringing massive change, and benefit, to yet another industry.

According to the World Health Organization, 10% of us fall ill with a food-borne disease each year. Most of these diseases aren’t hard to prevent, but without clear and consistent oversight they remain prevalent. With the meteoric rise of the blockchain phenomenon, food commerce will soon get the shakeup it needs.

Transparency in the Age of Smartphones

When a consumer enters a grocery store, she often has no idea how her food was handled or sourced. She could pick up a head of lettuce contaminated with E. coli, as dozens of Americans did in late 2017. Maybe she grabs a dozen eggs loaded with the anti-flea insecticide fipronil, like a dozen out of 700,000 eggs that ended up in Great Britain. Or, instead, maybe she reaches for her smartphone, scans a QR code on the food in question, and reads a report on where her groceries came from.

TE-FOOD is an example of a new type of company offering a tracking system intended to provide all food industry participants—from farmers and wholesalers to retailers and consumers—with robust information about the products they buy and sell. This kind of technology rides the wave of the farm-to-table movement, while helping to iron out some of the chief concerns held by grocery shoppers and restaurant customers. Andrea Reusing, the chef at Lantern and a contributor for NPR, says, “The ubiquity that makes farm-to-table meaningless also gives it its power.”

Though "farm-to-table" has gained buzzword status, there are no regulations on what farm-to-table food actually entails. According to Reusing, the phrase implies “adherence to fair labor standards, supply chain transparency or avoidance of GMOs,” but has become “increasingly unhitched from the issues it is so often assumed to address.”

This is where the blockchain revolution re-imagines the meaning of farm-to-table. It documents all of the B2B relationships that lead up to the final B2C transaction. Consumers can see exactly when their food was grown, what sorts of pesticides and antibiotics were used and how it compares to other products on the shelves. An educated consumer only needs her smartphone to determine which grocery item is the cleanest, healthiest and most ethical.

Before food even reaches restaurant plates or grocery shelves, blockchain technology could prevent the spread of contamination of diseases like E. coli. A system like TE-FOOD acts as a third party, enabling buyers to more nimbly monitor the quality of food and the schedule on which it is transported. When a food producer notices a potentially dangerous anomaly, it would take only a few clicks on a screen to identify other contaminated products, as opposed to a time-consuming, costly and potentially imprecise by-hand investigation.

If a contaminated product finds its way to a grocery store chain, the storeowners could use blockchain tech to perform an agile recall. A more targeted system to recall food cuts down on time, money and food waste, creating a win for business owners and environmentalists alike.

The Economics of Food Transparency

Why has it taken so long to make the food industry more transparent? According to Reusing, it’s all about the money. “Food production and processing… is nearly always configured to rely on cheap labor.” The end consumers and retailers are the ones who benefit most from transparency, but the burden of paying for traceability often falls to those B2B suppliers at the beginning of the supply chain, like farmers. This is why a consistent system—one that everyone in the supply chain uses—is integral. A blockchain system allows all players to get on the same page and track food in a more cost-effective way.

Historically, if farmers wanted to track their cattle, they would use an RFID tag (a radio frequency tag that transmits data). Each tag costs between $2 and $5 and only covers the cost of the farmer’s portion of the supply chain. To date there is no comprehensive farm-to-table tracking option. Compare that to a TE-FOOD-type system of QR code security seals and stickers, which cost less than $1 per animal. That’s an 80% decrease, and it covers the entire supply chain, from slaughterhouses to food producers to wholesales and the end retailer. This is a compelling reason to embrace blockchain.

Given the current success in using blockchain to track the food industry in the Ho Chi Minh City region, other members of the international community can expect their countries to follow suit before long. Should governments step in and engage with these solutions, improved farm-to-table traceability will arrive even more quickly. As consumers become more interested in the stories behind their food, government involvement and legislation seem increasingly likely.

Blockchain tech has amassed a long list of industries it is poised to revolutionize. Food and health, two of our most fundamental quality-of-life sectors, may be the next to change. We could be looking at a future with higher standards for health and a stronger understanding of our food, with the added bonus of a discounted price tag. While we may never eradicate food-borne disease, blockchain technology will certainly bring a new level of affordable transparency and accountability.

Cookies help us in providing our services. By using our services, Here you agree that we set cookies. you will find more information about cookies and how to reject them.